Skip to content
Previous Next
Forgetting Something? Study Shows That Mold Spores May Cause Memory Problems

Forgetting Something? Study Shows That Mold Spores May Cause Memory Problems

If you do a web search for mold-related health effects, the most common symptoms and problems you will come across concern respiratory problems, skin, and eye irritation. However, a new study has linked mold exposure to decreased brain function as well. Cheryl Harding of the City University of New York performed a psychological study on mice which exposed test subjects to low doses of Stachybotrys (the infamous ?black mold? you may have heard about) three times per week to study the effects on their health. After the three week period, mice did not show any physical symptoms of being sick, but they did have trouble performing in memory-related activities which they had performed satisfactorily in prior to mold exposure. They also had higher levels of anxiety than their non-dosed counterparts, and Harding found that there was a decrease in new brain cell formation in the hippocampus- the part of the brain that plays a huge role in memory- as compared to non-exposed mice.

Furthermore, Harding concluded that exposure to Stachybotrys toxins and their structural proteins may trigger an immune response in the brain, judging by the increased inflammatory proteins that were found in the hippocampus of exposed mice. This can help doctors and researchers to explain why some people who are exposed to high levels of mold also complain of anxiety and memory problems, in addition to certain respiratory problems or irritations. 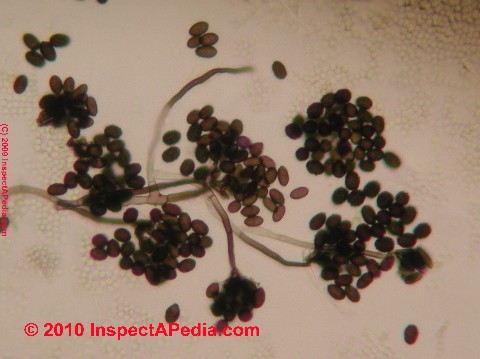 Stachybotrys chartarum under the microscope.

Harding?s research demonstrates how mold-related health issues may not always present themselves in an easily identified manner. Coughing, sneezing, or trouble breathing are symptoms that you can easily recognize because they directly affect your physical well-being. However, neurological issues from mold exposure would not be so easy to identify because the warning signs are not as pronounced, but can be just as dangerous as respiratory problems.

If you suspect that your home or property is contaminated with mold and are worried about the health of inhabitants, call MVP Environmental at (954) 247-9444?so that we can help you get your life happy and healthy again!