Skip to content
Previous Next
National Fungus Day is Coming! Celebrate These Microscopic Wonders That Shape our World

National Fungus Day is Coming! Celebrate These Microscopic Wonders That Shape our World

On October 11, the Royal Society of Biology in will be celebrating UK Fungus Day, and all of the important ways that fungi shape the world as we know it. We would like to share with our readers some of the important knowledge provided with this celebration, as well as from what we encounter on a regular basis with our line of work too. Everyone interacts with fungi on a daily basis without realizing it. There are enormous benefits that fungi have brought to our modern world, as well as some negative factors that accentuate how such a seemingly insignificant organism could impact men and animals in extraordinary ways.

1. Fungi have been in a relationship with trees and plants for over 700 million years

We all know how important it is to save our rainforests and open spaces because of the benefits that trees and plants provide us- from resources to the oxygen we breathe, even down to the medicines that they provide. But did you know that plants would not survive if it weren?t for the fungi associated with their root systems? About 95% of all plant species work with fungi known as ?mycorrhizas? in a mutually beneficial relationship. Fungi help plants and trees capture nutrients that the roots themselves cannot capture. In return, plants provide them with sugars generated from photosynthesis- the process of capturing light and turning it into usable energy in plants. This relationship is so important, that some scientists think that the very first plants that evolved from ocean life to land-locked life, could not have done so without fungi helping them along the way. That is a relationship that has lasted for over 700 million years! 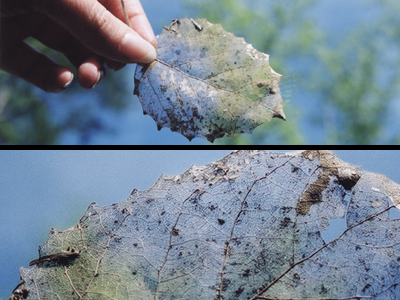 2. Our planet would be a big ball of garbage without fungi

Fungi are one of the best recyclers on the planet too. If it were not for them decomposing all the dead plant and animal material produced every year, we would be under a 100-billion ton layer of decaying material. Without fungi, new plants would be smothered and not able to reach the sunlight and vital nutrients that they need. And without plants, other animals- and people- would not have food or resources. Without fungi?s role in helping in the ?circle of life?, there would be no chance for soil, garden plants, trees, crops, herbivores, insects, and even large mammals like us to grow and prosper.

3. Fungi help in creating some of our favorite things in life: wine, cheese and chocolates

Fungi are used to help ferment different alcohols and are regularly used for food manufacturing. They ripen and flavor cheese, help in tenderizing meat, act as an acidity regulator in carbonated drinks, and even help in cleaning agents when digesting fat stains. And what would we do without chocolate? Fungi help with emphasizing flavor in different chocolates as well. They are also an important part in caring for livestock, because fungi are used to boost the weight of pigs and chickens 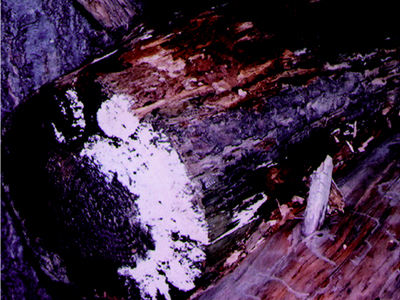 4. Certain fungi have helped save over 200 million lives

One of the most important antibiotics in our modern day is penicillin- coming from the Penicillium fungal spore- which was accidentally discovered by Alexander Fleming. It has saved more than 200 million lives worldwide, and its discovery initiated a pursuit for new antibiotics ever since. Besides antibiotics, fungi play an important role in other drugs too, such as those used for lowering cholesterol and in organ transplant procedures to help the body accept new organs instead of rejecting them

5. But others have caused countless deaths

Just as fungi have greatly benefited us, they can do much harm to people, animals, and plants too. Millions of dollars are spent each year to spray crops and help prevent fungi from killing entire harvests. The Ash and Elm tree species have dramatically declined due to fungi, and they are also the culprit in eliminating many amphibian species globally in just the past 20 years. Some of these animals can only be viewed in zoos or aquariums now. It is theorized that dinosaurs were killed off more easily due to fungi; had fungi not played that role, then mammals- and humans- would not have evolved to what we are today. Additionally, fungi can often cause fatal diseases in immune-compromised people, such as those taking drugs or receiving aggressive anticancer treatments. Even healthy people like you and I can be harmed from fungi, in instances of ringworm, thrush, athlete?s foot, and respiratory illness. We often encounter homeowners and concerned companies who want to check if mold growth is causing ?sick building syndrome?, respiratory and breathing issues, irritated eyes, amongst over a dozen other syndromes that fungi can produce when airborne or growing in water damaged materials.

Fungi are more important and crucial to us than just what one international Fungus Day can represent. They impact us, animals and plants on a daily basis in visible ways- such as helping to get rid of rotten material- or in invisible ways, such as when someone inhales their microscopic spores. We encounter issues produced by fungal spores every day- from spores eating away at the drywall of a home, to the musty smell you have in an office that is too humid. If you are combating the negative impacts from mold in your property, don?t hesitate to call MVP Environmental at any time of the day, and our experts will get your life back to normal asap!